skip to main | skip to sidebar

My Interview with Anne Glamore of My Tiny Kingdom! If I could pick my neighbors, I’d want Anne Glamore, of My Tiny Kingdom fame, to live next door. She’s glamour-ous, loves her kids madly, and has a kick ass sense of humor. I read her blog so much that I’m afraid that if she checks her stats she’ll think I’m a stalker.

I did it because my friend, Halsted Sullivan, who is a Hollywood writer and thus very plugged in, suggested it. He'd been the recipient of many of my Tales over the years, and we'd talked about putting them together in book form. We'd get all excited about it, then I'd go off and have spine surgery, or twins, and the idea would get pushed aside.

In early 2005 he emailed me about blogs and told me I should start one. I looked at a couple and thought it was a great medium for me.

I viewed the blog as a way to discipline myself to write on a weekly basis, with the hope of developing an audience acting as a motivator. Halsted was convinced that publishers were trolling the web looking for writers, and that something bigger could develop.

Fifteen minutes after we concluded our emails back and forth, I set up the blog-- from work. (I'd never heard of Dooce.)

As it turned out, Halsted and I were both right. I've kept up a regular writing schedule for three years now, and I'd only been blogging for 5 months when I was contacted by a national women's website and asked to become one of their first five bloggers.

:: What has blogging brought to your life?

It sounds trite, but blogging has opened up a whole new world for me. I had no idea all these people were out there writing about knitting, or pottery, or cooking.


Technical stuff is not my thing, but to the extent anyone's the expert in my house, it's now me. My HTML coding skills have been hard won. I've slogged through Flickr, installing ads, setting up Facebook and MySpace pages, and podcasting.

Blogging has also presented me with some fabulous opportunities: writing for iVillage, getting to speak at a seminar with Gay Talese and Richard Schickel, speaking engagements and writing assignments for local magazines.

I have a fantastic record of the last three years. I might not have remembered some really old stories, like the time I finally concluded Porter wasn't a complete idiot.

Blogging has made me a better writer, especially when I have a deadline. I'm also a more ruthless editor. I used to save every word. Now I'll write four paragraphs and realize that the last sentence is the beginning of the story and delete the rest without sobbing.

On days when I look around my house and think my whole life is Tostito crumbs and dresser drawers left open, I can look at my blog and see something I've accomplished that doesn't bleed, scream, complain, or ask for lunch money. It's a wonderful addition to the family.

My advice differs depending on a blogger's purpose. For this question, I'm going to assume that you're like me, and that you see the blog as more than just a place to spill your guts and drama.

From the beginning, I've hoped, and still do, that the blog would lead to bigger and better things. I've set goals for myself. The first year I learned how things worked technically, tried to find my voice, found a schedule that worked, and learned about creating a blogroll. Last year I worked on marketing the site, and really increased my readership. This year I'm expanding into podcasting and selling myself, not just my writing.

Listen to your readers, because they'll let you know what they enjoy reading and what doesn't quite work. Comments can teach you whether a joke came across or got lost. Occasionally I'll just ask a reader what they liked about something, and people have been great about responding. I often go back and edit old entries to improve them.

Read other sites, so you know what the new hot thing is and whether you want to try it, whether it's Twittering, the Blogrush widget, Feedjit, or whatever.

From the beginning, and until very recently, I viewed my blog as a place to publish "stories," and that's what I did. Twice a week I'd publish posts that are long by typical standards, and they'd be polished and edited. This is because I started by posting stories that had already been written, and then my iVillage columns were essay-like, not stream of consciousness. The result is that I've built up quite a portfolio of columns that are between 800 and 1500 words, which is great.

The down side is that I rarely published short posts that captured the mundane or frustrating parts of life, because I just wouldn't have time to write them up and polish them to my standards. I think readers enjoy those tiny moments, though, and so I'm trying to sprinkle in more posts that are just dashed off. Yesterday's post about the snow is an example. I'm a Type A lawyer, and I can get caught up in taking the whole thing so damn seriously! New bloggers should avoid that trap, as it will suck the life out of you. Plus, you'll burn lots of dinners and your family will protest.

:: What are your favorite blogs?

Dude! I have a feed reader full of blogs, but I don't mind hurting some feelings by pulling out a few as my particular favorites.

Consumerist- I'm hooked on this site, in which consumers tell tales of customer service woe. Sometimes a former employee of a national chain such as Best Buy (ALWAYS getting smacked on here) or Radio Shack will reveal how they're trained to treat customers. Maybe there will be a story about a store that refused to accept cash for a purchase and insisted on a credit card. Every once in a while they'll post emails and phone numbers of the head honchos at big corporations so a hapless customer can bomb the company with emails in an attempt to get justice. It's a kick.

Smitten Kitchen- Deb and I wrote together at iVillage and then she launched this beautiful cooking site. She has a post where she reveals how she creates such breathtaking food photos. I admire her ability to take them, because when I write about cooking I generally forget to take a picture until the meal has been eaten, and I just have a shot of a plate with a few crumbs. In case I forget to write about it myself, go read her post where she adapts The Red Cat's zucchini recipe, because Aunt Lulu and I made it over New Years and it totally rocked. Plus, Aunt Lulu says D'Agostino's carries zucchini already cut into matchsticks, so this dish is now super simple for those in New York City.

Perez Hilton- Yeah, I'm snobby and highbrow and read The New Yorker every week, but I've been known to panic when my US Weekly fails to arrive on time. I also need a daily shot of Perez, mainly to check on Amy Winehouse. He's as obsessed with her as I am, but has better sources.

Flotsam- She's a beautiful writer, whether she's being funny, which she frequently is, or whether she's going through an extremely tough time, as she is now. Her voice is true and distinct.

Pub Rants - I keep up with plenty of literary agents' sites. Kristin's is updated regularly, sounds like a note from an old friend, and often contains bits of wisdom that I hope to need in the future. She's located in Denver, which is unusual in that most agents are in NYC, but she has an enviable client list, so clearly her location is no drawback. Also, her music rocks.

Being a mom is a job that requires me to argue with the persuasiveness of a lawyer, to pray with the fervor of a pastor, to mop blood automatically like a nurse, and to cook what's on the menu and accept both compliments and complaints like a chef. I issue orders brusquely like a captain, I rule on fashion choices with the certitude of Tim Gunn, I schedule activities with the expertise of Oprah's personal assistant. I rule in arguments with a judge's wisdom. I dispense money, factoring in fines and pay, with the mathematical genius of a CPA. The mom part comes in when you find yourself doing something you swore you'd never do, like pulling a booger out of your kid's nose, or spitting on your finger and wiping that smudge of Ovaltine off his mouth because it's picture day at school.

Mothering can consume you, but if being a mother is preventing you from making love, you’re carrying things way too far.

:: What keeps you going?

The alarm clock and the promise of the morning's first cup of coffee.

:: Name an artist, photographer, musician, or author that you like or admire.

It's hard to beat E.B. White's essays. They're simple and evocative. Plus, I'm in love with his dog, Fred.

:: If you could travel anywhere, where would you go and what would you do there?

I'd like to take the whole family to China. I've never been, and it would be thrilling to see a culture that's so different. We're way into trying wacky food, and China ought to provide plenty of opportunities for that. Most important, there's been a long-running debate in our family between the twins and Finn as to whether the Great Wall is held together by sticky rice (the twins' view) or a more standard substance such as mortar or mud. No one will be satisfied until we view it in person.

:: What's your favorite gift to give?

A book called Bitter With Baggage Seeks Same- The Life and Times of Some Chickens by Sloane Tanen.

In 2008… I'm going to keep cooking fancy dinners for my family, but I'm going to relax and not treat the recipe like the Bible. If the recipe calls for pearl onions, which are a pain in the ass to peel, and red wine, and I'm out, I'm tossing in regular onions or shallots and some port or sherry and the hell with it. It'll eat.
Posted by tickledpink.nicole at 6:22 AM

Great interview - I love it when I find a fellow Alabama girl - going over to visit now. Thank you.

Love this! And love Miss Anne, too. 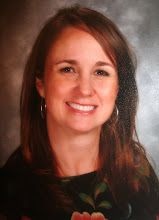 Don't YOU wish you still got to have your school picture taken every year?

Our dog, Leilani, Tickled Pink, Reese, Will, Hubby and cats, Abby and Shadow